St. Mary’s Ndovea came from a goal down to beat Chuka Starlets two goals to one in a hotly contested final held under the scorching heat at Kitui Showgrounds. Margaret Mutua scored an equalizer for Ndovea in the 35th minute after Clare Chemutai had put the Starlets ahead in the 2nd minute from the penalty spot. Cecilia Mutungu then scored the winning goal for Ndovea in the 57th minute.

“We are delighted that we have the ticket for the national finals. This has been our greatest wish and we have been working hard as a team to achieve it. We have also won some money which is again a great motivation for the team,” said Margaret Mutua, Captain, St Mary’s Ndovea.

In the boys final, Supersolico from Mwingi emerged victorious after beating Young Boys from Isiolo four goals to three on penalties after the game ended 1 – 1. James Mutua gave Supersolico the lead in the first half before Ibrahim Abdisalan scored the equalizer in the second half making him the top scorer of the Eastern final.

St Mary’s Ndovea and Supersolico received a cash reward of KES 200,000 each and will now represent Eastern region in the national finals scheduled for June 2019 at Kinoru Stadium, Meru County.

“The game was tough but our team stayed focused. We came into this tournament with only one aim- to win and yes we made it. We are glad because our struggles have borne fruits. We are not stopping at this because our eyes are glued to being national champs,” said Mudachi Bernard–Coach Supersolico.

At the grand finale, the winning boys’ and girls’ teams will each walk away with KES 1 million shillings in prize money. An All-star team will also be selected from the 8 regional finals to attend a training camp in Spain during which they will play against local youth sides. 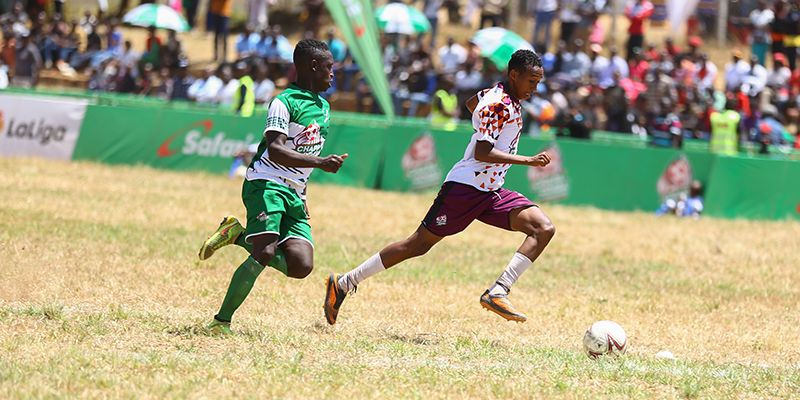 The competition now moves to Eldoret for the Rift regional finals set for 23rd and 24th of March.