Last season’s second placed finishers Al Ansar from Wajir also qualified for the regional finals together with Admiral from Mandera East, and Al Mumtaz from Modogashe. Over 40 teams from North Eastern region took part in the grassroots stages of this season’s competition. 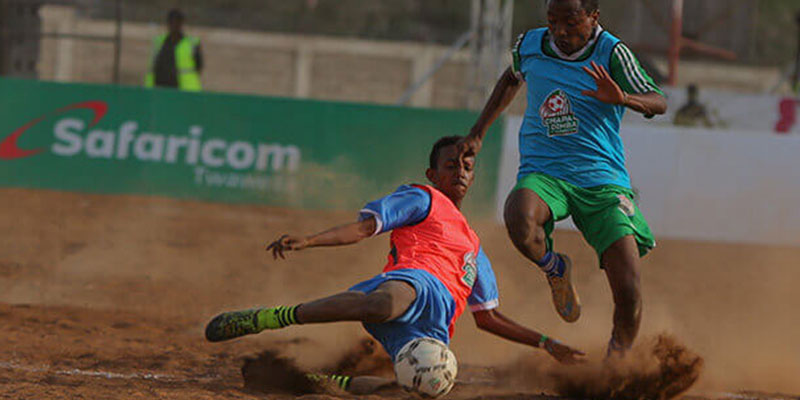 “This year, we will start with Garissa unlike the two previous editions where we started with Narok and Kakamega Counties. This decision was made after we realised the huge impact the tournament has had on the region going by the increase in the number of teams that participated in the grassroots tourneys. I would like to urge the people of North Eastern to come in large numbers and support their favourite teams,” said Patrick Korir, Chapa Dimba Na Safaricom Coordinator.

Just like the first two seasons of the tournament, the players will take part in life skills and mentorship clinics on Friday 22nd November before taking to the pitch the next day. The draw to determine the semifinal match-ups will be done on Wednesday.

The winning team will walk away with KES 200,000 and an opportunity to compete at the national finals set for June 2020. The losing finalists will pocket KES 100,000.

At the end of all the regional finals, an all-Star team comprising of 16 girls and 16 boys will be selected to attend a 10-day training camp in Spain during which they will play friendlies against top Spanish La Liga Football Academies.

The all-star players will then re-join their teams for preparation for the national finals to be played in Mombasa where the winning teams will be awarded KES 1 million and crowned National Champions.

After Garissa, the next regional tournament will be held in Mombasa on the weekend of 7th and 8th December. The competition aims at scouting for youth talent, developing grassroots football, and ultimately propel gifted players to the national team.