Last year’s losing finalists from the region Al Ansar who hail from Wajir will be looking to go one better by winning their first regional final, but they will have to go past Mandera’s Admiral in the second semi-final. The winners from the two games will face each other in the final to be played on Sunday.

The four semi-finalists emerged top from a group of over 40 teams that took part in the region’s grassroots matches.

“The knock out stages were an exciting time for us as a team and we are happy to have qualified for the regional finals. It has not been easy coming this far as the teams we were facing were equally talented. As we approach the regional finals, we intend to continue the winning trend and hopefully be the North Eastern title holders for the second year running,” said Ahmed Mohamed, Coach, Berlin FC.

In last year’s final, Berlin edged past Al-Ansar 4-3 in post-match penalties to be crowned winners and represented North Eastern in the national final. The champions also produced two players, Issa Minhaj and Khalid Yusuf, for the Chapa Dimba Na Safaricom all-star team that travelled to Spain for a ten-day training camp with LaLiga coaches.

The tournament will be held at the Garissa Teacher Training College with players taking part in life skills and mentorship clinics on Friday 22nd November before taking to the pitch the next day.

The winning team will walk away with KES 200,000 and an opportunity to compete at the national finals set for June 2020. The losing finalists will pocket KES 100,000.

Note
1. In the event of a tie at the end of regulation time the game goes straight to penalties
2. Winning team qualifies for National finals in June 2020 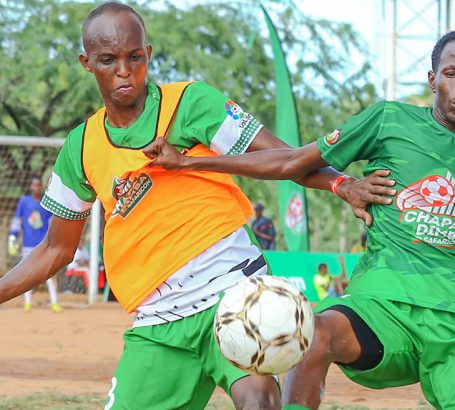